Sterling traded largely sideways on Friday, with little significant movement seen against either the euro or US dollar. Yesterday was a bank holiday day in the US and the UK but we did see sterling gain against the US dollar and the euro.

Sterling is set for an important week as we see the release of the monthly Purchasing Managers’ Index (PMI) data. Following an overall disappointing PMI report last month, investors will be hoping for some improvement throughout May. Wednesday brings the release of data from the manufacturing industry, which is expected to show a contraction in the industry for the second month in a row. Construction data is set to be released on Thursday, while services figures will follow on Friday. Markets will be most keenly awaiting the release of services data, since this sector makes up the largest part of the UK economy.

Eurozone monetary policy in the spotlight this week
The euro ended on a disappointing note after a poor week as it lost ground against both sterling and the US dollar. The only significant data out from the Eurozone was French consumer confidence data, which beat expectations at 98, despite being forecast at 94. With sterling and the US dollar gaining a lot of strength this week, the single currency struggled to limit its losses.

This week could be a better start for the single currency as consumer confidence is expected to improve from -9.3 up to -7. This would be a noticeable increase, which could lend support to the euro.

Thursday will be the main focus point for the week, as European Central Bank (ECB) policymakers meet for their monetary policy meeting. Interest rates are expected to remain at 0% but Draghi’s speech afterwards will be the focal point, potentially shedding light on whether any changes to current monetary policy will be happening in the near future.

Busy week of data could intensify US dollar movement
Friday was a day with mixed data releases. Investors were hoping for preliminary growth data levels that would spark some encouragement for a possible interest rate hike for June. The figure failed to beat expectations, but remained in the positive territory. Consumer Sentiment data released on Friday were also disappointing. All eyes were on US Federal Reserve chair Janet Yellen, who spoke on Friday evening, and confirmed that data was supportive of an interest rate rise. Timing is still the unknown.

We can expect a busy week for US data releases this week. Tuesday will see the release of personal spending and personal income data, both of which are expected to show positive increases. This is followed by Consumer Confidence data, which is expected to show its highest level for two months.

Friday is expected to be the biggest day of the week, with Non-Farm Employment data expected to remain stable compared to the previous month’s, while average hourly earnings is to show moderate growth and the ISM Non-Manufacturing PMIs are predicted to show good growth in the sector. If we continue to see positivity regarding US data releases, we can expect more talk in favour of a possible interest rate increase at the next US Federal Reserve meeting on 15 June.

Weak manufacturing data from China
The week ahead is busy for the commodity currencies, starting Canadian growth figures in the afternoon. These are expected to stay exactly as they were last month.

Wednesday sees China release a manufacturing Purchasing Managers’ Index (PMI). The Caixin manufacturing is expected to show industry contraction once more, after not having seen any expansion since March 2015. Any surprises, however, could cause unexpected movement in renminbi markets. 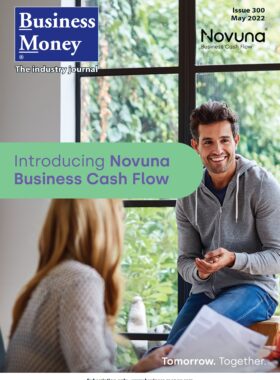