Monument (or the “Bank”) today announces the appointment of Ian Rand as chief executive officer, subject to regulatory approval, taking the reins from Mintoo Bhandari, current CEO and co-founder, who has led Monument from its inception to the achievement of full banking licence and commercial launch. Bhandari will transition to the strategic role as global head of corporate development at Monument, which will focus on identifying opportunities to expand Monument’s offerings and continue to cultivate and establish institutional capital relationships to support Monument’s future growth.

Rand will lead the scaling up of Monument as the CEO of Monument Bank Limited. Rand has over 20 years’ experience in banking and most recently was CEO of the business canking division of Barclays Bank (and previous COO running day to day operations) with more than £40bn in assets, serving in excess of 1 million customers representing a large and diverse client base, including high-growth and entrepreneurial businesses.  Prior to his 12 years at Barclays, Rand was with JP Morgan, which he joined in 2000, holding MD & COO roles across the markets business globally. During his tenure at Barclays, he was also chair of their UK Diversity Council.  Ian has joined Monument as CEO designate from 1 January 2022 and will formally assume the CEO role upon receipt of regulatory approval.

Ian joins an experienced team, whose executives and board have held senior roles in HSBC, Barclays, McKinsey & Co, UBS, Goldman Sachs, Apollo Global Management, PWC, Coutts and the UK regulators, amongst others

Ian Rand, incoming chief executive officer of Monument said: “Monument with its unique proposition is an enticing opportunity to take the next step in my career. The Bank aims to fill a much-needed gap in the market – with its deep understanding of the mass affluent community and ability to serve a group who for too long have been left under-served by the market. I am delighted to be leading an incredible team, which has the potential to reimagine the market as it currently stands and fulfil the ultimate goal of helping people save and grow their wealth.

“To date, Monument has had an amazing journey, achieving a number of milestones, more recently receiving its full banking licence and launching property investment lending and savings propositions. Now is an exciting time to help Monument reach new heights as we firmly establish our position in the market.”

Mintoo Bhandari, co-founder and chief executive officer of Monument said: “It has been a pleasure to have led Monument from its inception, through the pandemic and to the point of commercial launch.  I have long held the belief that there would come a point in which a highly experienced, career banking executive, would be most appropriate to take the reins from me to scale the bank.  I had formally raised the point of my succession to the Board some months ago and I am very happy that, with the beginning of the New Year, the day has arrived for me to confidently hand over the reins to Ian Rand, who I am certain has the experience and skills to scale Monument Bank from the solid foundation we have in place to take it to new heights.  Ian has a wealth of technical and organisational experience as a banking leader; but, most importantly he shares our vision and enthusiasm to make Monument a valuable, impactful, and durable institution in the rapidly evolving financial services marketplace.” 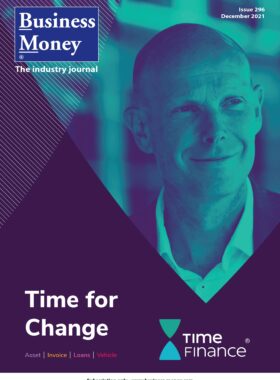