It was in the mid-1970s, when the originator of the smart car (Nicolas Hayek) envisioned his means for future mobility, recalls Iain Robertson, which was always intended to be powered by electricity, but from now on smart cars are strictly EVs.

While the EV evolution continues to roll-out, albeit in staccato drips and draps, a number of interesting scenarios are arising. I think it is fair to state that we all realise that petrol- and diesel-powered motor vehicles are not at their most eco-friendly, when punting around town. Cold start-ups, followed by rapid bursts of acceleration are not conducive to good health, with unburnt hydrocarbons lingering in the air being breathed by pedestrians, leading to the inevitable city dweller outcries about ‘killer exhaust fumes’. To a certain extent, I understand them.

Yet, our government (or what remains of it) has been fined heavily and consistently by the relevant EU bodies for having atrociously unacceptable levels of pollution in our cities. Measurements taken in London, which, due to the combination of high traffic densities and a population crammed into a relatively small land area, is a primary target of the scientists engaged in recording air quality. However, Leeds, Birmingham, Manchester, Newcastle, Glasgow and Edinburgh are all on the list and action is being demanded, which means more Congestion Charge zones, more out-of-town car parking requirements and inevitable hiked-up consumer costs result.

Part of the cleaning-up process are the government fronted dictates about ceasing to produce conventionally fuelled motorcars by 2040. Well, this is all very well but, surely, encouraging those motorists that reside and commute by car, in and around towns, to drive electric vehicles, would have been a better priority. Petrol and diesel vehicles are much cleaner and more efficient, when driving along main roads and motorways, where the drivers of EVs suffer from excessive range anxiety and concerns about where to recharge their vehicles’ batteries and how long the process might take. Inefficiencies exist on both sides of the argument. The most suitable car for either car-sharing purposes, or for owners seeking a modestly priced vehicle, is the smart car.

As mentioned above, for many inventors, they seldom have the funds to take their visions into full production, which is what led to (firstly) Volkswagen and (latterly) Mercedes-Benz investing and believing in the smart car project. At last, Nicolas Hayek can state that his clean air dream is almost fulfilled, as Merc, having developed a plug-in all-electric version of its smallest model, the fortwo, in 2007, has gone the whole hog and will soon launch both it and the larger forfour (production shared with the Renault Twingo) as strictly electric vehicles. In doing so, smart becomes the first carmaker to ditch the internal combustion engine for battery power.

While the styling aspects of the new smarts are largely evolutions of their previous iterations, they remain standout design statements, complete with bolstered wheel-arches, the shortest of frontal overhangs, which makes them so easy to park, and a modest list of customisable options to ensure that only a few examples will be alike. The exterior treatments benefit from LED lighting, which performs a characteristic jig as soon as the car is unlocked, but it is the interior that has taken a leap forwards into even smarter territory.

Both fortwo and forfour models will allow a two-metres tall driver to fit, which is an important statistic, especially in the car-sharing arena, where drivers of all shapes and sizes need to be accommodated. Obviously, the forfour is bettered geared towards carrying passengers and their belongings. Space has always been a smart car benefit. Although some carmakers have insisted on borrowing some of smart’s other industry-leading but beguilingly ‘simple’ engineering and space utilisation tactics, none of them does it better than smart.

Expandable luggage areas are just the start, as the dashboard layout advances the cabin detailing into another arena. As you would expect, the car’s connectivity with any smartphone technology, upon which power it relies, is right up there and the accompanying ‘my smart’ app is essential to its operation. Typically of smart, the interactivity is intuitive and very user-friendly, relying on several platforms, which include ‘ready to park’, ‘ready to share’, ‘ready to spot’ and ‘ready to pack’, among an array of service provisions that also includes ‘geofencing’, which informs the driver, when the smart car is moved without permission; a useful anti-theft facility.

Working to a ‘three-step’ process, each of the three smarts, fortwo, fortwo cabriolet and forfour, is available in one of three trim levels, passion, pulse and prime, although customers can then select one of three equipment packages, Advanced, Premium, or Exclusive (sadly, this latter package is not available in the UK market as yet). All that is left (apart from selecting from the options catalogue) is a choice of colour, which ranges from vibrant to subtle, even classy, en-route to creating a thoroughly customised smart car.

The EV driving experience provides instant torque, seamless acceleration (0-60mph in around 11.0s; top speed of around 80mph), all conducted in total silence (apart from a minute amount of tyre rumble). Thanks to clever packaging and the return to the ethos of the brand, the concept remains light and resource-friendly, while offering sustainable mobility for built-up zones.
A standard 22kW on-board charger, with rapid-charging function, means that new smarts are charged from 10% to 80% range in just under 40 minutes, where three-phase charging is possible. With its 3-pin cable, there is no need for a wall-box. Ranges (WLTP) are from 80 to 100 miles, dependent on model. New smarts can use virtually all charging stations and both registration and billing can be carried out with the all-new smart EQ control app. Just as the smart makes life in the city easier, its new design remains simple, liberating and even verges on radical. Clear, minimalist design ensures a high-class appearance across all aspects.

The consummate, intelligent and truly sub-compact city car just expanded its capabilities, via three models and an all-electric drivetrain. Its suitability for both private and business use is underscored. Prices will be announced soon, with deliveries taking place in early-2020. 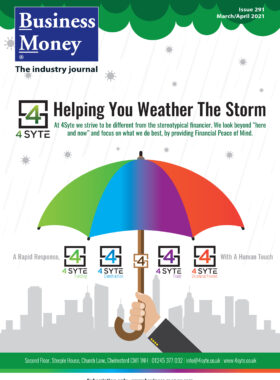