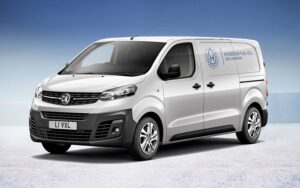 While government’s rash decision to favour total new vehicle electrification from 2030 in its understandable pursuit of zero emissions continues, Iain Robertson remains firm in his belief that ‘alternative fuels’ will provide better solutions.

There are many opportunities open to all governments seeking to both clean-up air quality and improve environmental protection. However, an highly vocal EV market, supported by governments, has been convincing the consumer that only one exists: plug-in at either public, or domestic/workplace electric chargers. EV protagonists are wrong, as hydrogen fuel cell technology, which has been developed significantly over the past three decades, as well as non-fossil substitute fuels that will extend the life of the internal combustion engine, while emitting zero emissions, are starting to make their own impact.

EVs have their own common related problems, the larger of which are related to range anxiety of the vehicle, the variable costs of electricity supply and the time demanded (an average of 35-minutes) to effect an 80% ‘on the go’ usable battery recharge. While the overall ranges of fully-charged EVs are increasing, so too are the weights of the vehicles and, while commuting by EV remains a viable proposition, motorway driving at consistently higher speeds can wipe out readily any stated range expectations.

Vauxhall’s latest zero emissions Vivaro-e HYDROGEN light commercial vehicle offers a range of up to 249 miles, can be refuelled in just three minutes, allied to an uncorrupted cargo volume up to 6.1m3, the same as either the diesel, or battery electric alternatives. As such, the end-user is provided with a win:win situation. Hydrogen is presently available at an equivalent price to diesel, which equates to around 21p/mile.

Speaking actively to business customers in the UK about the role of the hydrogen fuel cell, Vauxhall expects right-hand drive versions of its Vivaro-e to arrive by 2023. In Germany, its sister brand Opel plans to start delivering the first left-hand drive vehicles to fleet customers in autumn/winter 2021. The Vivaro-e HYDROGEN will be assembled at Vauxhall/Opel’s Research and Development Centre in Rüsselsheim, Germany.

Paul Willcox, managing director of Vauxhall, said: “Vauxhall is already leading the way with an all-electric van range, and now we are set to add hydrogen to the line-up as an efficient energy system of the future. Vauxhall-Opel has more than 20 years of experience in developing hydrogen fuel technology, which offers zero emissions-in-use, a long driving range and ultra-fast refuelling.  We are already in contact with UK fleet operators that want to go the extra mile on sustainability and we look forward to bringing Vivaro-e HYDROGEN to the UK soon.”

The new fuel cell electric vehicle (FCEV) is based on the existing battery electric Vivaro-e with two sliding side-doors. The plug-in fuel cell concept of the Vivaro-e HYDROGEN enables the integration of the whole fuel cell system with the existing traction motor beneath the bonnet of the production vehicle. In addition, the battery of the Vivaro-e BEV (battery electric vehicle) is replaced by three 700-bar hydrogen tanks. The carbon-fibre cylinders can be filled in just three minutes, to provide a consistent range of 249 miles.

As a result of the smart packaging, the battery electric version becomes a fuel cell electric LCV without further modifications to the body (which is available in standard 4.95m and long 5.30m wheelbase forms) and with no impact on the 5.3m3 to 6.1m3 of cargo space, while the payload also increases to 1,100kg.

The Vivaro-e HYDROGEN with its 45kW fuel cell is capable of generating enough power for continuous motorway driving, while the 10.5kWh lithium-ion battery, located under the front seats, provides dynamic peak power when required. This can be, for example, at start-up and under acceleration. Since the battery covers power needs in those situations, the fuel cell is able to run at optimum operating conditions. The battery also enables regenerative braking, while the plug-in capability offers the opportunity to recharge the battery externally, if necessary, at a charging station, which provides an additional 31 miles of pure battery electric range.

The same technology can be used in motorcars to very positive effect and most manufacturers are already pursuing the potential, which will provide a viable and cost-effective alternative to more conventional EVs. Naturally, there is opposition to hydrogen use from both safety and resource viewpoints. However, storing hydrogen on-board vehicles is now rated as highly secure, while ‘green’ hydrogen reduces a reliance on regular fossil fuel suppliers, where hydrogen gas used to be burnt off as a by-product of cracking either oil, or natural gas.