The 10-bedroom inn offers en suite accommodation, breakfast room and lounge for guests to enjoy, along with a public bar and restaurant for around 70 patrons. The property also offers an attractive beer garden with views over the rolling hills and a substantial on-site car park for up to 30 vehicles.

The Fish Inn is recognised for its location in one of the area’s most beautiful valleys, a short walk from both Buttermere and Crummock Water, at the foot of Honister Pass, with some of noted author and local explorer Alfred Wainwright OBE’s most famous walks right on its doorstep. It also features heavily in the local legend of ‘The Maid of Buttermere’, which tells of Mary Robinson, the famously beautiful daughter of the 18th century landlord, who was married to a local man illegally posing as nobleman ‘Colonel Hope’. The marriage was widely reported, resulting in his fraud being exposed and the false Colonel was tried and hanged, leaving Mary heartbroken until she was happily remarried to a local farmer.

The Fish Inn has been owned and operated by the current owners, Jean and John Richardson since 1968, and they sought a sale in order to pursue a well-deserved retirement.

The business has been purchased by Mike and Abi Martin, established hoteliers who also own and operate the Allerdale Court Hotel in nearby Cockermouth, which they plan to continue trading alongside The Fish Inn. They comment, “We are delighted to be part of this wonderful community and look forward to working in such a spectacular part of the Lake District.”

Alistair Greenhalgh, director at Christie & Co, handled the sale and comments, “We’re pleased to have helped Jean and John achieve their retirement, and are delighted to have found local operators who will continue their legacy. We wish Mike and Abi every success with their new venture, which will undoubtedly make a fine addition to their growing portfolio of hotels. Hotels within the Lake District continue to prove desirable as and when they come to the market, and The Fish Inn was no exception, with multiple expressions of interest from potential purchasers.” 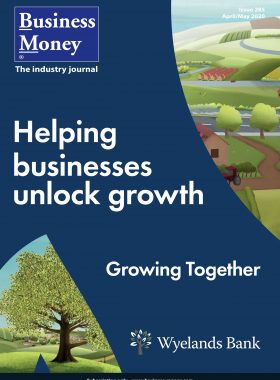 Book Review: A legal tome as enjoyable as it is educational Group editor Bob Lefroy gives his though...