Morgan’s investible three-wheeler bows out, for the moment

Home » News » Morgan’s investible three-wheeler bows out, for the moment

Morgan’s investible three-wheeler bows out, for the moment With Type Approval ending in 2021 on the 2.0-litre vee-twin S&S engine visible on the front-end of Morgan Motor Company’s wonderful ‘trike’, reports Iain Robertson, a final run of just 33 P101 examples has been announced…but it’s not over yet!

It may be owned by Investindustrial, a Luxembourg-based capital investment firm, and the historical links to the Morgan family, from Malvern Link, Worcestershire, are somewhat more tenuous than they used to be, but Morgan remains thoroughly British in its manufacturing integrity and as off-the-wall traditional in style as any carmaker could be. A brand famed for its classic stance, with a total reliance on modern hardware, Morgan is renowned for its head-turning attraction around the world.

The production of the current three-wheeler, since 2011, has been a fascinating chapter in Morgan’s history. Its historical significance is undoubted but it proved that fun cars still hold a valuable place in the hearts and minds of enthusiasts and that the ‘why not’ attitude adopted by the firm was as apposite as it needed to be. From the original Runabout built by HFS Morgan, founder of the company, in 1909, through to the latest version in production today, thousands have been built at the Malvern collection of red brick sheds.

While the original three wheelers were made until 1952, when the factory swapped over to making four-wheeled cars until the launch of all-new ‘trike’, there has been a sound cause for celebration. An astonishing hand-crafted run of no less than 2,500 examples of the ‘new’ three-wheeler has been produced in the past nine years, to make it one of the most successful of the firm’s star-studded history.

The new P101 celebrates the raw and stripped back nature of the three-wheeler and provides a perfect opportunity to draw a remarkable chunk of Morgan’s history to a close. However, fear not, because once the 33 examples have been created and despatched to the company’s worldwide dealer network, the opportunity for an exciting new chapter for three-wheeled Morgans commences. Insiders at the factory suggest that the plans are already advancing.

P101 is short for Project 101, the internal name given to the three-wheeler, when its development began more than a decade ago. The final run of 33 was conceived by Morgan’s in-house design and engineering departments to celebrate their original project but coincides with the final availability of the S&S vee-twin engine. What comes next is open to conjecture at this stage but you can rest assured that an appropriate power unit will be sourced, even though its likelihood of being electric is odds-on favourite, thereby compounding Morgan’s mystery and confounding its critics.

The current model has been exported worldwide and received numerous motoring accolades from across the industry, which serve to highlight its popularity and the much-reported desires of owners taking road trips that support the spirit of adventure and individuality associated with Morgan. The run-out P101 features a range of unique components and bespoke detailing, much of which has been inspired by the prominent design features inherent to the brand.

For example, a single-leaf tonneau cover, which was first seen on Morgan’s EV3 concept in 2016, has been deployed to exaggerate an asymmetrical theme, intended for single occupant use. Redolent of translucent engine shrouds on 1970s’ racing cars, the composite resin cover is in a natural yellow hue, is lightweight, streamlined, and honest in both its design and manufacturing quality. Fitted with Aero-disc wheels that are painted to match the main body colour, a streamlined appearance defines the P101’s presence. A pair of low-slung Hella 9.0-inch spot lamps, which are positioned purposefully to reduce turbulence around the suspension wishbones, gift the car a leant-forward aesthetic.

Compounding the asymmetric split identity of the P101, alternated black and white ceramic coated exhausts are fitted to left and right flanks of the model. Torque markers on each front tyre, surprisingly raucous open exhausts, a fly screen, even more louvres, exposed rivets and unique P101 markings serve to evoke the sense of aeronautical proximity with hand-built planes of a former era.

Every P101 is finished in either Deep Black, or Satin White Silver paint, with appropriate decals to suit. However, Morgan has augmented its decal designs with four P101 art packs that will be available for customers to choose from, each with its own unique identifiers and vivid graphics. The Belly Tank references liveries found on belly tank racers and ‘lakesters’ that were early inspirations for the three-wheeler and are naturally ‘distressed’. As already mentioned, The Aviator evokes a sense of aviation spirit, inspired by nose art found on RAF planes in WWII. The Race Car refers to Morgan vehicles that competed in motorsport and features stripes and roundels, as an homage to the liveries. Finally, The Dazzleship, shown on the car pictured, is probably the boldest of the decal packs, its striking black and white design having been inspired by period military camouflage.

The 2.0-litre displacement twin-cylinder engine (based on a Harley Davidson design) was only ever promised for the first year of the revived three-wheeler production. Developing an unstressed 115bhp, it was designed with low-revving torque in mind but also immodest CO2 emissions (215g/km), however it has reached a point at which it will not meet future demands (post 2021). It is enough to sound right, with its rumbly heartbeat soundtrack and looks stunning on the nose of the car, with chromium plating and blued exhausts (it is a valeter’s nightmare!). It also delivers decent performance, despatching 0-60mph in around 6.6s, with a top speed nudging 120mph.

The tubular steel chassis has an ash wood cockpit frame and aluminium panels for the bodywork. It is the ideal twin front, single rear wheels configuration for optimised handling and, even though a front wheel can be cocked in tighter corners, the three-wheeler is inherently stable and immense fun to thread along favourite back-doubles. Its cockpit is not the roomiest and is impractical but it is also classically elegant, beautifully made and open to the elements!

When it was introduced nine years ago, the three-wheeler cost £25k plus local taxes. The run-out P101 starts at around £45,000. Fortunately, it is one of the least depreciating of new cars. It is no company car…but its investment potential remains highly positive. 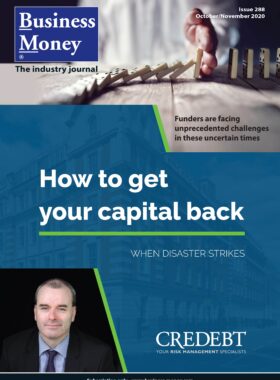