UK online retail sales were up +12.6% year-on-year (YoY) in October, according to the latest figures from the IMRG Capgemini e-Retail Sales Index. Despite various external stimuli potentially working in its favour, this was lower than both the average YoY growth rate of 14.3% for the last three months (Aug-Oct), and the five-year October average of 14%. In particular, the high street’s poor performance in October would typically have suggested a boost for ecommerce sales, yet online retail spend remained more subdued than may have been expected, indicating a pre-Black Friday lull.

Further evidence of this lull could be seen in the average conversion rate (the percentage of site visitors that complete a purchase) for October, which stood at 4.4%. This was higher than that in October 2016 (4%) but -0.4 percentage points lower than the three-year (2013-2015) average of 4.8%. Fewer people converting on retail websites strongly suggests a more research-led focus in the lead-up to the year’s biggest discounting event.

More positively, October’s Average Basket Value (ABV) was the highest for October in nine years – ringing in at £94. This high value indicates that shoppers were spending more per visit, which could suggest that they were checking out with multiple items driven by ongoing discounting.

Electricals also turned things around with the sector’s first positive YoY growth in six months, at 4%. This follows the previous six months’ (April-September) average of -5.9% YoY growth. What’s more, electricals saw its highest ABV since November 2015, at £152. This success may have been influenced by the release of the iPhone 8 in late September.

Conversely, both menswear and womenswear experienced their lowest YoY growth for October since IMRG records began, at 0% and 2% respectively.

“October was a bleak month for retail. You would have expected ecommerce to benefit from a more price sensitive customer, yet the interest rate hike, the bad weather and anticipation of Black Friday did little to help the cause – covering up October’s truly underwhelming performance if anything. These coming three months, October through to December, will be important to view performance as a whole and be indicative of whether people are waiting longer before they spend on Christmas. Black Friday and the Autumn Budget are both important factors in this, so hopefully we will see Philip Hammond outlining some form of catalyst to boost consumer confidence this November.”

“October was a very average month in the context of 2017, with growth of 12.6% exactly in line with the Jan-Oct year-to-date rate. As the fall in conversion rate suggests, shoppers have been well trained to expect the best deals to be available during the Black Friday period, so we can anticipate that November will convert a degree of that early research into sales – last year, the conversion rate was 5.1% in November, while it was just 4% in October. It was surprising to see electricals break its six-month pattern of negative growth in October – with Black Friday looming very large in the public consciousness, we may have expected that trend of decline to continue as shoppers held off on any major purchases, anticipating a much lower price at the end of November. The release of a must-have item like the new iPhone model could have influenced behaviour, but it’s likely that the wide availability of discounting last month was also determining.” 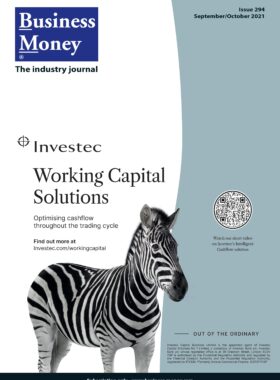